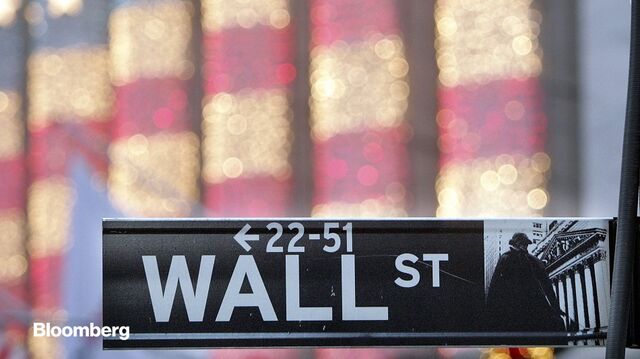 The ink’s barely dry on one view, and the market goes careening the other way. It’s a futile, and infuriating, situation for investors and analysts. Forget about trying to predict where stocks will be in six months or a year. These guys can’t even figure out where they’ll be tomorrow. Everything depends on how the virus outbreak will play out. And nobody has a clue.

“When you have a 4.5% up day in the market and a 2% down day -- what does that mean?” says Kathryn Kaminski of AlphaSimplex Group. “It just means we don’t know what’s going on.”

The result has been historical turbulence, swings that rank with any before. The Cboe Volatility Index, or the VIX, has remained above 30 for six consecutive sessions, the longest streak since 2011. And the fear gauge closed above its emerging-markets counterpart by the most on record, based on data going back to 2011.

Buy the dip? “This time, it’s a little harder to say whether that’s the right thing to do,” said Chris Zaccarelli, chief investment officer at Independent Advisor Alliance. “Until you have better clarity on whether or not it could cause a recession or a dramatic slowdown, the likes of which the bond market is indicating, it may be a little premature.”

In episodes when volatility increased relative to historical levels, it’s taken an average of six to seven weeks for it to subside, the Deutsche group, led by economists Peter Hooper and Matthew Luzzetti, wrote in a report, with the S&P taking another four to five months to recoup losses after that. A 30% drop from recent peaks, their most severe scenario, corresponds to an average recession sell-off.

Citigroup Inc. says it’s unwise to do anything before data catches up with the virus, including earnings revisions. “We admit that we cannot fully capture what are fluid developments,” the group led by Tobias Levkovich wrote in a note.

A string of companies have warned of hits to profits but few have said how big. Goldman Sachs Group Inc. and JPMorgan, among others, have cut their earnings forecasts in recent days. Cumberland Advisors, a money management firm with over $3 billion in assets, has taken down its projections three times, according to David Kotok, the firm’s chief investment officer.

“We aren’t getting guidance from companies because companies don’t know what to give,” Kotok told Bloomberg TV this week. “But we do know pain is coming on the earnings front.” The firm projects earnings of $160 for 2020, but may lower them again, he said. “We don’t know what the final numbers will be.”

Messaging from the Fed confounds, too. After instituting an emergency interest rate cut on Tuesday, Chairman Jerome Powell left the door open to further action at its next scheduled meeting. A day later, Federal Reserve Bank of St. Louis President James Bullard said he doesn’t think markets should over-emphasize the possibility of another reduction as there might be little justification for a change in rates by then.

“It’s definitely volatile. Once things get to this point, it normally takes a few weeks for things to settle down,” Michael Shaoul, chief executive officer at Marketfield Asset Management LLC, told Bloomberg TV. “All we know now is that we don’t really understand what’s going to happen next. It’s probably 4, 6, 8 weeks before we’re going to have any useful information as to what the trajectory of the virus is or what the actual economic fallout looks like.”

(Updates VIX in fourth paragraph and chart, adds link, updated DB language in eighth paragraph.)
Published on March 5, 2020, 4:09 PM EST
Updated on March 6, 2020, 12:37 AM EST
Have a confidential tip for our reporters?
GET IN TOUCH
Before it's here, it's on the Bloomberg Terminal.
LEARN MORE