By
Sridhar Natarajan
Updated on 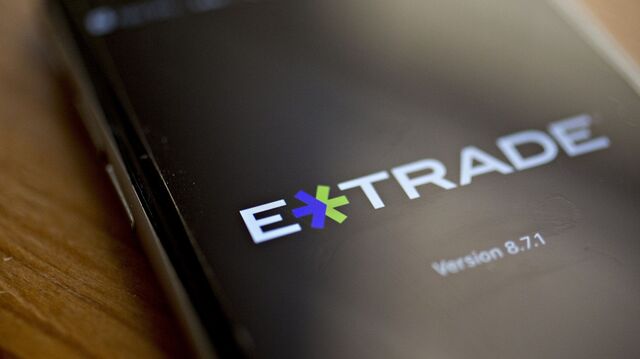 Morgan Stanley agreed to buy discount brokerage E*Trade Financial Corp. for $13 billion, pushing further into the retail market in the biggest acquisition by a Wall Street firm since the financial crisis.

In reshaping the firm since the financial crisis, Gorman has been emphasizing Morgan Stanley’s wealth-management powerhouse. Purchasing E*Trade helps him add clients who are less wealthy than its traditional customers. The New York-based company has lost some business to the retail brokerages in recent years as those firms invested heavily in their web platforms.

The retail-brokerage industry is being reshaped by price wars and consolidation. In early October, Charles Schwab Corp. eliminated commissions for U.S. stock trading, spurring other brokerages to follow suit and sweeping away an important revenue stream.

The following month, Schwab agreed to buy rival TD Ameritrade Holding Corp. for about $26 billion and create a mega-firm with $5 trillion in assets, forcing smaller brokerages like E*Trade to contend with a much more formidable competitor.

Stockholders in E*Trade, which posted worse-than-expected earnings last month, will receive 1.0432 Morgan Stanley shares for each of their shares, valued at $58.74 based on Wednesday’s closing price.

“It’s a pretty hefty price,” said Alison Williams, an analyst at Bloomberg Intelligence. The deal is consistent with Morgan Stanley’s strategy to dive deeper into the mass-affluent market, she said.

Shares of Morgan Stanley slumped 4.1% to $54.01 at 9:34 a.m. in New York, the biggest intraday decline in six months. E*Trade surged the most in almost 11 years, gaining 24% to $55.90. Gorman said he expects Morgan Stanley shares to rebound once investors start valuing the stock at a higher multiple over the long term.

For Morgan Stanley, the deal “deepens the ‘safe’ wealth-management franchise -- rich in fees and stability,” credit analyst David Havens at Imperial Capital wrote in a note to clients. “It reduces reliance on the more mercurial trading and markets businesses.”

E*Trade, founded in 1982, was one of the early players in the discount-brokerage industry. Its reach with self-guided traders online gives Morgan Stanley access to a broader customer base, including those who may have less to invest than its current clients.

Morgan Stanley will keep the E*Trade brand in some way, Gorman said on a conference call with analysts. “It’s something I think you’d be completely nuts to get rid of,” he said, comparing the brand’s worth to how valuable Merrill Lynch is to Bank of America Corp. and the Chase name is for JPMorgan Chase & Co.

Long seen as a potential takeover target for the likes of TD Ameritrade, E*Trade was left looking for ways to reinvent its image and lure more customers in the wake of its rival’s merger with Schwab. In a signal that it was on the hunt for acquirers, a January filing boosted compensation for executives in the event of a change in control.

— With assistance by Annie Massa, Lananh Nguyen, and Elizabeth Fournier

(Updates with Gorman’s comments on E*Trade brand in 13th paragraph.)
Published on
Updated on
Have a confidential tip for our reporters?
GET IN TOUCH
Before it's here, it's on the Bloomberg Terminal.
LEARN MORE