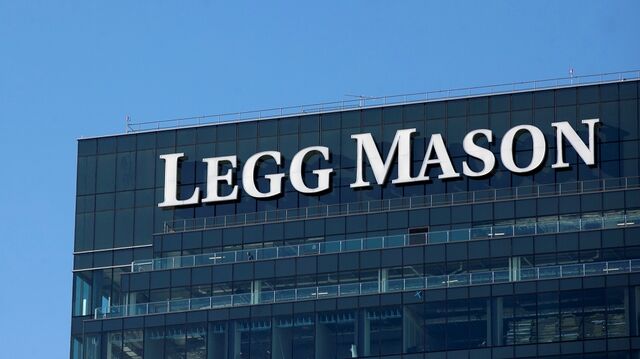 Bloomberg’s Sonali Basak reports on why Franklin Resources and Legg Mason are becoming one company.

Franklin Resources Inc. and Legg Mason Inc. helped pioneer asset management in the 20th century. On Tuesday, the venerable but fading names said they will combine in an effort to compete, as low-cost index funds upend their industry.

In an era when traditional stock-pickers are under intensifying pressure, San Mateo, California-based Franklin agreed to buy Legg Mason to create a firm with a combined $1.5 trillion in assets.

The deal, valued at nearly $4.5 billion, shows how much the fund industry has transformed since the two companies were founded -- Franklin started in 1947 and Legg Mason’s precursor firm began in 1899. Customers are focusing more than ever on costs for money management, and a few large index fund managers dominate the field in managed assets globally.

Merger activity in the asset management world has been increasing in recent years. Invesco Ltd. bought OppenheimerFunds from Massachusetts Mutual Life Insurance Co. in 2018, while both Janus Henderson Group Plc and Standard Life Aberdeen Plc were formed in mergers in 2017. In the brokerage sector, Charles Schwab Corp. agreed to buy TD Ameritrade Holding Corp. for about $26 billion in November.

The announcement comes less than a year after activist investor Trian Fund Management took a 4.5% stake in Legg Mason, enough to secure its founder Nelson Peltz a position on the board.

Just days later, the fund manager said it would cut about 12% of its staff and reduce its executive committee to four from eight members. Peltz said at the time his three top priorities were “significantly reducing costs, driving revenue growth organically and through acquisition, and increasing profitability.”

Tuesday’s announced transaction values Legg Mason at $50 per share, a 23% premium to the Baltimore-based company’s share price Friday. Franklin will assume about $2 billion in Legg Mason debt, according to the statement. Both firms have seen their assets under management fall from their highs -- Legg Mason’s peaked in 2007.

“This is a landmark acquisition for our organization that unlocks substantial value and growth opportunities driven by greater scale, diversity and balance across investment strategies, distribution channels and geographies,” Greg Johnson, executive chairman of the board of Franklin Resources, said in a statement.

Executives from the two firms said in a call following the announcement that they would keep the independence of Legg Mason’s network of affiliate asset managers.

The deal could help address areas where Franklin has gaps, Wells Fargo Securities analysts led by Christopher Harris said in a note. They mentioned fixed income and alternatives.

Over the past decade, U.S. equity index mutual funds and ETFs have taken in about $1.6 trillion, while their active counterparts lost approximately $1.4 trillion, according to data from the Investment Company Institute and Bloomberg Intelligence.

The flood of money out of active and into passive funds has sent fees grinding lower, led to thousands of job cuts and forced large-scale consolidation.

“Investors are broadly moving from active to passive, weighing on flows and margins for these managers,” said Alison Williams, an analyst at Bloomberg Intelligence. “Technology and compliance needs are increasing spending for all managers, with smaller ones finding it tougher to spend what is needed to compete.”

— With assistance by Suzy Waite, and John Gittelsohn