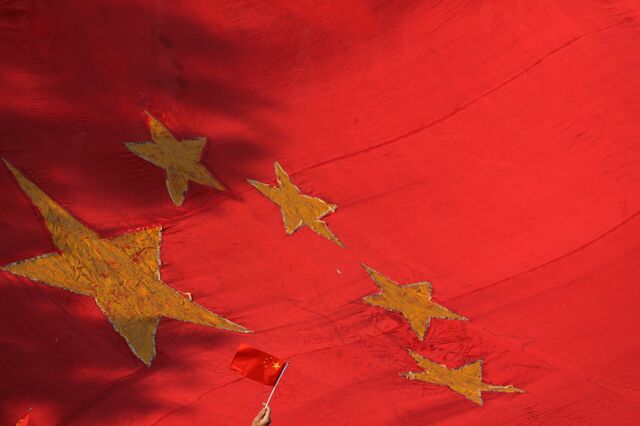 Terms of Trade is a daily newsletter that untangles a world embroiled in trade wars. Sign up here.

China secured the World Trade Organization’s go-ahead to impose $3.6 billion in sanctions against the U.S., in a case that predates the tariff war between the world’s two largest economies but may add a layer of tension to ongoing talks.

The damages awarded, in a document released Friday on the Geneva-based organizations’ website, are the third highest in WTO history. The amount is about half of what was requested by China, which argued that some U.S. anti-dumping rules were illegal.

The case began before the 18-month-old trade war between the two nations, which has led to tit-for-tat tariffs covering some $500 billion in goods going in both directions. While the ruling deals with matters outside current negotiations to conclude phase one of a comprehensive trade deal, it gives Beijing a new -- and legal -- weapon to wield against the Trump administration if it opts to do so.

The ruling also comes as the U.S. is mounting an assault on the WTO’s dispute resolution system, with the current terms of two of the final three judges on its appellate body due to expire in December and Washington blocking new appointments. The Trump administration is likely to cite the case as an example of what it sees as the overreach of the WTO’S dispute system.

The next steps for the U.S. include amending its illegal anti-dumping restrictions on the Chinese products in question, or resolving the dispute directly with China -- a move that theoretically could happen as part of the broader trade-war talks between Washington and Beijing.

At issue in the case were U.S. anti-dumping duties imposed on 13 imported Chinese products including machinery, electronics, metals and minerals. It was first brought by China in 2013 and a WTO panel ruled in Beijing’s favor in 2016. The point of contention was the methodology that the U.S. uses to calculate anti-dumping tariffs, and in particular, how Washington uses the controversial method of “zeroing” in those calculations.

Zeroing refers to the practice of assigning the value of “zero” to any export prices that are higher than domestic prices in China in anti-dumping cases brought by U.S. companies. It therefore skews calculations of anti-dumping tariffs by inflating the difference in prices, critics charge.

The WTO has repeatedly ruled against the U.S.’s use of zeroing. But because of domestic pressure from industries that rely on anti-dumping tariffs to keep out cheaper imports from China and elsewhere, the U.S. has long defied those rulings.

U.S. Trade Representative Robert Lighthizer, a former anti-dumping lawyer for the steel industry, has been a longtime defender of the use of zeroing.

The WTO’s decision “shows how countries like China use that system to make it harder for the United States to respond to unfair trading practices abroad,” said Stephen Vaughn, a partner at law firm King & Spalding, who until earlier this year served as Lighthizer’s right-hand man and USTR’s general counsel.

“For years, U.S. administrations of both parties warned officials at the WTO that decisions like these make it impossible for Americans to trust the dispute settlement process,” Vaughn said. “It’s very unfortunate that those warnings haven’t been taken more seriously.”

— With assistance by Bryce Baschuk