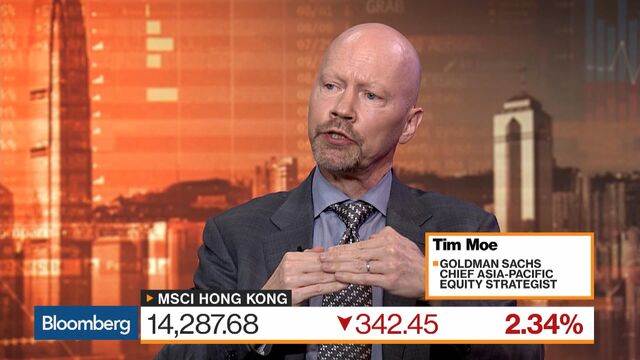 The S&P 500 Index jumped as much as 2% after trade officials granted a grace period before tariffs take effect on a broad swath of consumer goods Americans shoppers covet at the holidays. Makers and sellers of consumer electronics, toys and apparel led the advance.

The trade headlines sparked demand for risk assets that had been under pressure for more than a week as investors grew increasingly concerned the spat with China would slam global growth. President Donald Trump said he delayed the tariffs to spare the Christmas shopping season after his representatives had a “productive” call with China.

“This news creates a lot of this upside volatility,” said Bruce Bittles, chief investment strategist at Robert W. Baird. “If the news is sustainable and indeed they are moving to a trade agreement, this is a very important development and we can go to new highs.”

Before the trade headlines landed, fresh inflation data showed an unexpectedly hot reading, denting arguments for cutting interest rates and flattening the Treasury yield toward inversion. The spread between two- and 10-year yields hit the narrowest since 2007. The tariff detente did halt the bond rally, pushing the 10-year rate toward 1.7%.

Some investors also remained cautious about the prospects for a trade truce as signs of the war’s impact grow. Singapore’s government cut its forecast for economic growth this year to almost zero. In Europe, Henkel was among the worst-performing stocks after missing quarterly profit estimates, which the detergents maker blamed on the trade conflict and a competitive retail environment.

“It’s an encouraging first steps but it’s difficult to speculate how far it will go,” Peter Jankovskis, co-chief investment officer at Oakbrook Investments. “We’ve certainly gotten into these situations before where the market believed we were headed toward a deal and then it was derailed by comments from various officials.”

Meanwhile, the situations in Hong Kong and Argentina remained unstable. The South American nation’s peso tumbled anew amid rising concern the nation will default on its debt, while Hong Kong equities slumped after its airport canceled flights for a second day as protesters clashed with police.

Here are some key events coming up:

These are the main moves in markets: