Fed Jumps Off Predictable Path and Into a Policy Wilderness

Fed Jumps Off Predictable Path and Into a Policy Wilderness 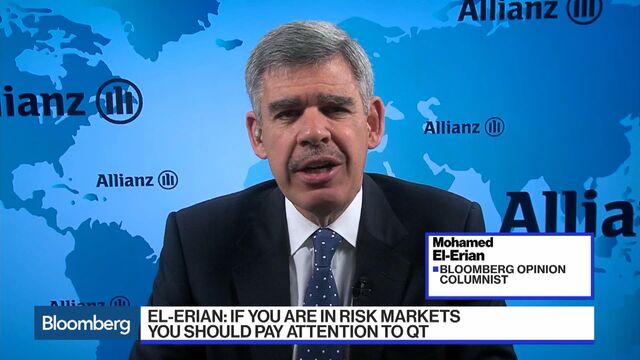 Federal Reserve officials have stepped off a predictable path of interest-rate increases and are signaling to investors a hard truth about relying on increasingly contradictory economic data: There are no easy answers anymore.

It’s going to be choppy. It’s going to bring more surprises. And it may get rough on those trying to track the the central bank’s strategy. A lot of reputable Wall Street forecasters will need to revise their predictions because even the Fed is less certain about what it is going to do.

“They are carving out flexibility and that is a hard thing to communicate,’’ said Laura Rosner, senior economist at Macropolicy Perspectives LLC in New York. “The message is: no change in the outlook for now but risks are shifting slightly and could eventually require a revision to the path of policy.”

In two speeches and a set of minutes this week from the Federal Open Market Committee’s Nov. 7-8 meeting, the Fed indicated that the steady march of quarterly rate increases is over. From now on, economic data will weigh more heavily on what they do next. The reason, according to Vice Chairman Richard Clarida and Chairman Jerome Powell’s comments this week, is that the policy rate is “just below’’ an estimated range that neither provides stimulus nor slows growth.

The problem with that so-called neutral rate is Fed officials don’t have precise estimates for it. Overshooting it risks a recession at a time when the central bank is already under intense criticism from President Donald Trump. Undershooting it may unleash price pressures or asset bubbles. Fed officials weigh all risks, both political and economic. They are turning cautious, and there are risks on the horizon.

“They’re at an inflection point’’ as they close in on the range for a neutral interest rate, said Kevin Logan, chief U.S. economist at HSBC Securities. “They have to be more judgmental about policy.’’

The minutes released Thursday highlighted several downside risks, such as weakening global growth, tighter financial conditions, and a slowdown in interest-sensitive sectors of the economy. Counter-balancing that was the continuous strength in the labor market which underpins strong household spending, a pillar of the current expansion.

The Fed’s latest messaging bolstered both stock and bond markets. Eurodollar futures markets reduced to about 0.23 percentage point the amount of rate increases they expect in 2019 after next month’s expected hike, from pricing earlier this month of more than a half percentage point of tightening next year.

The benchmark 10-year Treasury yield fell below the key 3 percent level Thursday for the first time since September, before rebounding to about 3.03 percent. The S&P 500 Index gained during the week as concern dwindled that the Fed would snuff out a nearly decade-long expansion.

“The numbers have been a little less supportive of the number of rate hikes they had projected for 2019,’’ said Peter Hooper, Deutsche Bank Securities’ chief economist, referring to the three 2019 rate hikes Fed officials estimated in September. “Global growth is softening a bit and that does contribute to a little weaker outlook for the U.S.’’

For all that, Hooper -- like many economists -- faces a conundrum: Growth is still projected to be above its cruising speed, estimated at 1.8 percent by Fed officials.

With the labor markets tight and inflation around its 2 percent target, the Fed’s policy rate needs to be somewhere in the vicinity of neutral if not a little higher.

Standing firm is Michael Gapen, chief U.S. economist at Barclays Plc, who on Friday retained his prediction for four rate increases in 2019 on the basis that unemployment will fall further and inflation will stick around the Fed’s target. “Data dependence need not be dovish,” Gapen wrote in a report.

“We are shifting to a situation where they are going to be debating at each meeting whether further rate hikes are warranted,” said Omair Sharif, senior U.S. economist at Societe Generale SA in New York. “They don’t know what the right level is. They are going to be in the same boat the rest of us are in watching the data.”

— With assistance by Liz McCormick, and Rich Miller