CDC Weighs Pfizer Boosters After FDA Approval for Some Ameri...

Schumer Says Democrats Have ‘Framework’ to Pay for Agenda

FCC May Be Hamstrung Under GOP Majority as Nominations Lag

What’s the Debt Ceiling and Will the U.S. Raise It? 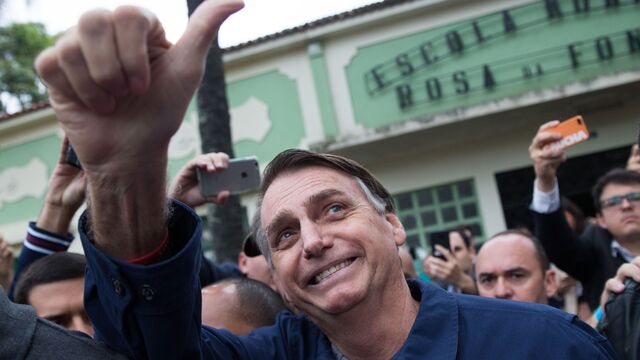 Brazil Elects Bolsonaro as Next President

Brazil looks set to pivot sharply to the right Sunday with the election of a former Army captain who wants to privatize state companies in an ailing economy, liberalize gun ownership and mine the rain forest.

Barring an upset, Jair Bolsonaro, 63, will win the presidency after a divisive campaign that encompassed his stabbing, an onslaught of fake news and the imprisonment on corruption charges of former president Luiz Inacio Lula da Silva, who had been the front-runner. Lula’s successor, Fernando Haddad, 55, has largely failed to shake off public anger over his Workers’ Party’s record of graft.