Bank Rule Changes Chip Away at Those Pesky Stress Tests

The annual exams lose their effectiveness as they become more opaque.
By 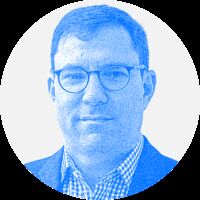 After a slow start, the Trump administration, with the help of Congress, may actually be "doing a number" to Dodd-Frank financial regulations, as the president promised he would, even bigger than many people realize.

The changes to banking rules, though often incremental, have been coming pretty fast, and at the very least they highlight the many levers the administration and lawmakers have for deregulation. When a proposal to increase the leverage ratio of shadow-bank-like business development companies fell out of the Senate's Dodd-Frank rollback last month because it was seen as too much of a giveaway to big banks, it passed as a late addition to the spending bill. A change to the supplementary leverage ratio for the biggest banks that Citigroup reportedly pushed was also omitted from the Senate's overhaul, but the Federal Reserve and the Office of the Comptroller of the Currency indicated last week that they might make a similar change on their own.