New York City Mayor Bill de Blasio is leading a new coalition of 12 cities in a pledge to protect net neutrality—and shame companies who won’t.
By 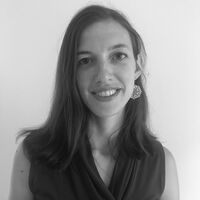 Nicole Flatow is the managing editor for CityLab in Washington, D.C.
+ Get alerts for

Speaking to a panel at South by Southwest (SXSW) moderated by CityLab, de Blasio said cities are committing not to contract with internet service providers that do not honor net neutrality principles, as part of an “open internet pledge.”