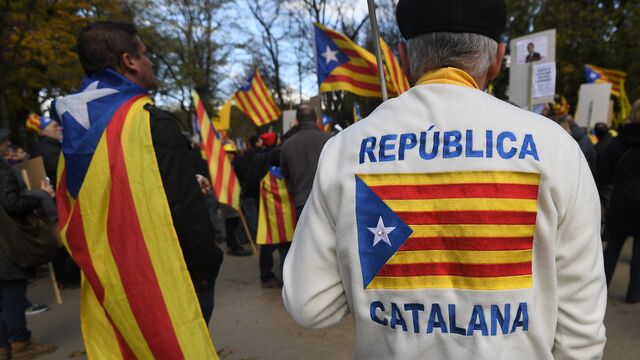 Catalonia's Independence Push Is Centuries in the Making

“I think it’s the last chance for the Western world to fix the deal,” Netanyahu told Israeli journalists during a state visit to India. “They need to make changes that will prevent Iran from advancing unperturbed to nuclear weapons. That is what this deal allows.”

The clock is ticking on the ultimatum from Trump, who has said he won’t waive sanctions again, giving other signatories less than four months to come up with a solution. European and other world leaders have made clear they agree with international inspectors that Iran is abiding by limits on its nuclear program set out in the deal it reached with the U.S. under former President Barack Obama and five other world powers.

Netanyahu, who said he spoke at length on Iran with Indian Prime Minister Narendra Modi, warned against Iran’s attempts to establish itself militarily in Syria, saying Israel is the only country preventing this.

The Rafael deal is “important given the direction we want to take this relationship,” he said. Still, he noted, “there are many, many deals on the table.”

For more on Israel’s budding ties with India, click here

Earlier in the day, the two countries signed agreements to boost cooperation in gas and oil production, movies, air travel, cybersecurity and direct investment. Accompanying Netanyahu on the trip is a 130-strong business delegation from Israel.

Netanyahu also took a swipe at Palestinian Authority President Mahmoud Abbas, who said Sunday the Palestinians will “slap back” at the U.S. for the humiliation they felt when Trump recognized Jerusalem as Israel’s capital last month. The Palestinians want to replace the U.S. with other international players in any future peace talks, Abbas said.

Abbas “is doing this because he’s worried about America’s upcoming peace initiative,” Netanyahu said. “He wants to keep them out of this role as the mediator or go-between in the peace process. There is no other party that can do this.”