Home Capital's Perilous Turnaround Will Only Get Harder

By
Allison McNeely
Updated on

Home Capital's Perilous Turnaround Will Only Get Harder 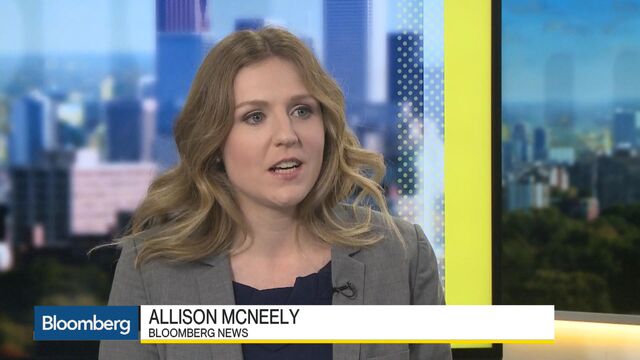 Home Capital Group Inc. is fighting to find the funds it needs to survive as deposits rush out the door. Then comes the hard part.

The Toronto-based bank has lost more than C$3.5 billion ($2.6 billion) of deposits since the end of March, hurt by Ontario’s securities regulator saying last month that Home Capital had failed to promptly disclose possible fraud among some mortgage applications around two years ago. That blew a hole in the mortgage lender’s balance sheet that can be filled only with new funding. It has started the process with an expensive C$2 billion loan that it already wants to refinance, and a sale of up to C$1.5 billion of assets.

Once the bank has properly replaced the funding lost from fleeing depositors, it faces its next big hurdle: figuring out how to finance new loans so it can stay in business. Home Capital used to hold onto just about every mortgage it makes, but the bank will probably now have to sell them to investors at least for the near term, executives said on a conference call last week. The problem is, Canadian money managers don’t tend to buy the kind of mortgages that Home Capital offers, said Colin Kilgour, a partner at Toronto-based investment bank Kilgour Williams Capital.

Home Capital’s loans are usually made to borrowers that big banks shy away from, such as people who are self-employed and have irregular income. These loans tend not to be insured by the government, and there really isn’t a market for them in Canada now whether they are sold outright or packaged into bonds, said Kilgour, who focuses on advising companies and investors about securitization.

“They want to create a market for these mortgages, and they’re coming at it from a position of urgency and weakness,” Kilgour said. “It’s going to be tough.” The company does make mortgages that are securitized through government insurance programs but this a small portion of their business.

Home Capital’s funding and its long-term strategy are big enough obstacles that it isn’t clear if Home Capital can stay in business. It disclosed in its latest quarterly filing that there is enough uncertainty to cast significant doubt on its ability to continue as a going concern. Home Capital may have to offload assets en masse or sell itself outright, wrote Jaeme Gloyn, a financial stock analyst at National Bank of Canada, in a note.

A spokesman for Home Capital wasn’t immediately able to comment. In a statement last week, Bonita Then, Home Capital’s interim chief executive officer, said “we will continue to evaluate opportunities that could enable us to return to more normal levels of activity in our traditional on-balance sheet business.”

Home Capital fell 2.4 percent to C$8.69 on Wednesday. The shares have fallen more than 60 percent since April 19, the day the regulator made its allegations public.

Any buyer would likely want to purchase the company’s loans at a significant discount to their face value, given the risks they would be taking, Gloyn said. That includes private equity firms. Competitors are unlikely to absorb Home Capital’s uninsured mortgages because its book is much bigger than theirs, he said.

Director Alan Hibben said on last week’s call with analysts that asset sales wouldn’t be the first priority for the company and would be done only after all other options are ruled out.

“You don’t shrink your way to greatness,” he said. Home Capital has reached out to Canada’s big banks to refinance its costly C$2 billion loan from Healthcare of Ontario Pension Plan, he said in an interview Monday. A deal with private equity would be unlikely, Hibben said.

Investors may be willing to buy at least some securities backed by non-prime mortgages at some point, James Price, director of capital markets products at Richardson GMP Ltd., said by phone from Toronto. His firm owns Home Capital bonds.

“There’s still investor demand for higher-yielding mortgage product out there,” he said. “That could be an interesting way for them to offload those assets rather than just a single big purchaser.”

But the market for uninsured mortgages is still relatively small, Dylan Steuart, an analyst at Industrial Alliance Securities Inc., wrote in a note Monday.

“Originating and selling uninsured mortgages to institutional investors has not been a large volume business in Canada, so the jury is still out on the potential success of this model,” Steuart wrote. The company has already done at least one deal, selling up to C$1.5 billion of mortgages to a syndicate of institutional buyers, in a deal facilitated by mortgage financing company MCAP Corp. MCAP has said it would be willing to do more such deals.

Home Capital’s deposit exodus accelerated last month, after the Ontario Securities Commission accused the company of failing to tell its investors in a timely fashion why it was no longer doing business with some mortgage brokers. It had found that those brokers had given fraudulent documentation for loans. Ending those relationships caused its new mortgage lending to drop.

— With assistance by Doug Alexander

(Updates shares in eighth paragraph and liquidity information in ninth pargraph.)
Published on
Updated on
Have a confidential tip for our reporters?
GET IN TOUCH
Before it's here, it's on the Bloomberg Terminal.
LEARN MORE