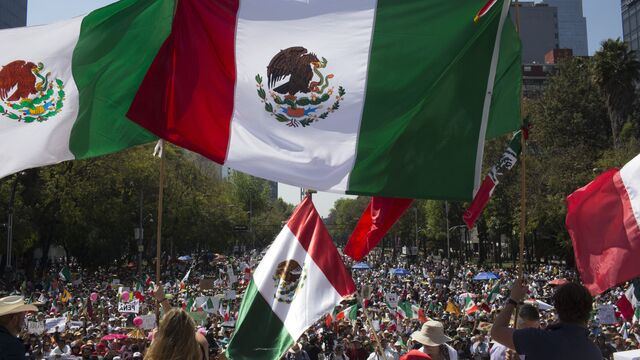 Add Warren Buffett and one of Canada’s richest men to the list of those at risk of collateral damage in a widening trade spat between Canada and the U.S.

A day after U.S. President Donald Trump slapped duties on Canadian softwood lumber imports, British Columbia took aim at Trump’s coveted coal industry by calling for a ban on U.S. thermal coal exports through its Pacific Coast ports. The surprise move added to growing tensions between the two nations over the North American Free Trade Agreement and the dairy industry.

Among the first casualties was billionaire Jim Pattison, owner of Guinness World Records and the biggest investor in Westshore Terminals Investment Corp. -- the largest coal-export facility on the west coast of the Americas, located just south of Vancouver. Westshore tumbled 12 percent on Wednesday, reducing the value of Pattison’s stake by about C$64 million ($47 million). The stock recovered 2.4 percent by 11:25 a.m. Thursday in Toronto.

Pattison, 88, with interests in car dealerships, advertising and seafood, is one of Canada’s wealthiest people, with a net worth of $6.2 billion, according to data compiled by Bloomberg. He declined to comment.

“Too many investors in this country -- and the federal government, for that matter -- assumed Canada would get an easy pass,” said James Thorne, chief capital market strategist at Caldwell Investment Management Ltd. “Canada and the U.S. are in the early innings of what looks like to be a trade war. What will be the next shoe to drop?”

If enacted, a blockade would also hit the interests of oil trader Gunvor Group Ltd., which owns a stake in an underground mine in Montana. That mine exports more thermal coal than any other in the U.S., according to Global Coal Sales Group LLC, which markets coal from the site. The coal is taken to Westshore along the BNSF Railway owned by Buffett’s Berkshire Hathaway Inc., which could lose its largest export customer if it can’t be shipped by that route, according to Global Coal.

British Columbia’s proposed ban would only apply to thermal coal, the kind burned in power plants, not steelmaking coal. U.S. thermal coal producers, facing a fast shrinking domestic market, have sought to get their product to Asia, and port congestion and environmental opposition has helped push those shipments to Canadian terminals. About 6.2 million metric tons of U.S. thermal coal passed through Vancouver’s sea port last year, according to the B.C. government.

Westshore has been the biggest beneficiary -- it shipped about 5.9 million of that, based on estimates by RBC Capital Markets analyst Walter Spracklin. U.S. thermal coal accounted for about 23 percent of Westshore’s total volumes and was expected to grow to 30 percent this year, Spracklin said.

B.C. Premier Christy Clark, who faces re-election in less than two weeks, called for the blockade in a letter to Canadian Prime Minister Justin Trudeau. She said she was ready to go it alone with the ban if it doesn’t get federal support.

“Please be assured that British Columbia will use the tools we have at our disposal to discourage the shipping of thermal coal,” she said in the letter.

Yet it’s far from a done deal. Nick Desmarais, a Westshore spokesman, said by phone that Clark “doesn’t have the power” to carry it out. Cameron Ahmad, a spokesman for Trudeau, said, “we consider carefully and seriously any request from a premier.”

RBC’s Spracklin gave the ban a 50-50 chance of coming into effect, in a note to clients Wednesday after cutting his rating on Westshore. TD Securities analyst Daryl Young said in a note Thursday that the federal government holds ultimate authority for B.C. ports and “implementing a commodity-specific export ban targeted at U.S. companies would likely be contested at an international level.”

Signal Peak Energy LLC’s mine in Roundup, Montana is the biggest U.S. exporter of thermal coal, selling more than 90 percent of its output to Japan, China, South Korea and elsewhere. Gunvor acquired a stake in 2014, attracted in part by its “secured rail and port access.” That access is comprised of a link interconnecting with Berkshire Hathaway’s transcontinental BNSF Railway, which carries the coal 1,300 miles (2,090 kilometers) on a single-line haul to Westshore for export.

U.S. coal producers could export up to 13 million short tons into the Pacific market via B.C. this year, accounting for potentially half of all U.S. thermal coal exports, according to Lucas Pipes, a coal analyst at FBR Capital Markets. Signal Peak’s mine produced 5.6 million tons in 2016. Its coal is bituminous, not so common in the Powder River Basin, which raises the possibility that the mine could be idled in the event of an export ban, Pipes said in a note Wednesday.

Seth Pietras, a Geneva-based spokesman for Gunvor, declined to comment. Signal Peak and BNSF didn’t respond to requests for comment. Westshore called for Trudeau to reject Clark’s proposal in a letter to the Canadian leader published on its website.

“We recognize that Canada is in a dispute with our most important trading partner, but we hope that our leaders will consider the best interest of all Canadians and not punish Canadian companies and workers by putting one industry ahead of another.”

— With assistance by Andy Hoffman, and Greg Quinn