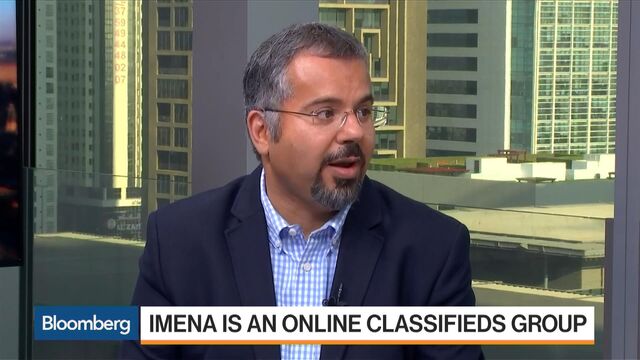 IMENA May IPO in Next 18 Months

Middle East technology investor iMENA Holdings is planning an initial public offering on an international exchange and possible second listing in the Middle East as early as next year.

The company, which invests in online businesses in the Middle East and North Africa, may raise more than $100 million from the sale, founder and managing director Khaldoon Tabaza said today in a TV interview with Bloomberg Markets Middle East. A pre-IPO fundraising will start early next year, with the main share sale planned for late 2017 or early 2018, Tabaza said. The primary listing could be in the U.S. or London, he said.

“The IPO size will have to be significant to attract investors in international markets, so we are thinking a little bit more than $100 million,” Tabaza said, declining to comment on the size of the stake that would be offered.

Tabaza previously founded Riyada Ventures, a Jordan-based venture capital firm in 2005, which was sold to Abraaj Group in 2009. He established iMENA in 2013.