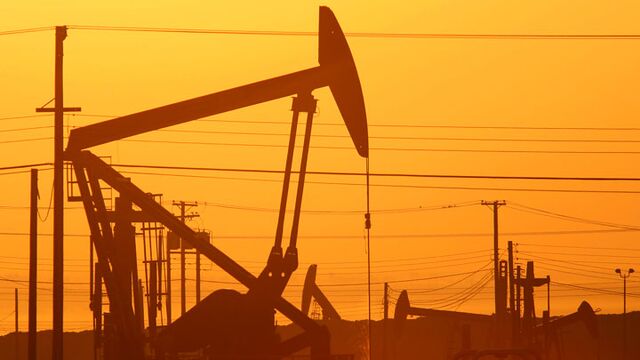 Rivals of OPEC seeking to reach its most-prized oil customers are finding that the long way around is better than any shortcut to success.

As the group seeks to implement a deal to limit output, the glut that was exacerbated by its prior strategy of keeping taps open has spawned a market structure that’s benefiting competitors in sales to Asia. Cargoes from Europe’s North Sea will reach South Korea in coming months, while U.S. Eagle Ford shale crude as well as Mexican oil arrived at Yeosu port in November. Japanese and Thai refiners have bought West Texas Intermediate from BP Plc.

Shipments to Asia from locations farther than the Middle East are turning more attractive because of a deepening market structure known as contango, where near-term supplies are cheaper than those for future months. Sellers benefit from this because the value of a cargo rises as it makes the longer journey to its destination. For buyers, abundant output across the Atlantic Basin has made North American and European oil cheaper relative to crude from OPEC nations such as the U.A.E and Qatar.

“The wider contango has given OPEC’s rivals a shot at loading up a vessel and sending oil from all corners of the globe to Asia, even if it sails for up to two months,” said Nevyn Nah, a Singapore-based analyst at industry consultant Energy Aspects Ltd. “OPEC’s fight for market share amid rebounding output from members such as Nigeria and Libya, as well as increased production from places like Russia and former Soviet Union regions, has exacerbated the market oversupply.”

The premium of later supplies of Brent, the benchmark for more than half the world’s oil, over near-term cargoes is currently at about $5 a barrel versus a contango of $2 at the end of April. That’s in contrast to more than two years earlier, when later shipments were at a discount, or backwardation, of more than $7. Crude was then trading at more than $100 a barrel before a global glut dragged down prices by more than 50 percent.

Two million barrels of oil on a Very Large Crude Carrier will take about 55 days to traverse the 15,000 nautical miles from the U.S. Gulf Coast across the Atlantic to South Korea, a month more than supplies from the Middle East. The value of crude can rise by as much as a dollar per barrel during the time difference because of the contango, data compiled by Bloomberg show. That would also help compensate for higher shipping costs from the longer voyage.

The value of Brent crude loading in three months is about $1 per barrel higher versus cargoes for two months ahead. The expense to time-charter a vessel for 30 days is lower at 80 to 85 cents per barrel, according to Bloomberg calculations based on data from ship broker Howe Robinson Partners.

Oil is trading more than 50 percent below its 2014 highs, amid speculation over whether the Organization of Petroleum Exporting Countries will be able to implement a plan to cut output and stabilize markets reeling from a glut. A decision is expected next week after a Vienna meeting between ministers from group nations including biggest member Saudi Arabia as well as non-OPEC producers such as Russia.

“OPEC’s potential production cut could tighten the market in Asia. And, if you can’t get enough medium and heavy sour crude, then the best would be to look for alternatives in the Atlantic Basin,” said Ehsan Ul-Haq, an analyst at industry consultant KBC Energy Economics. If the Saudi-led plan to curb supplies goes through, the Middle Eastern Dubai oil benchmark could turn costlier relative to Brent, which “in turn facilitates the flow of Atlantic Basin crude to Asia,” he said.

Brent futures for January settlement traded at $48.36 a barrel on the London-based ICE Futures Europe exchange by 3:41 p.m. Singapore time.

Vessels that bring oil to the U.S. Gulf Coast from the Middle East can in turn be used to haul back North American and Latin American crude, or a combination of both, to Asia. The supertanker Izki arrived at South Korea’s Yeosu port earlier this month with U.S. Eagle Ford crude co-loaded with Mexico’s Maya and Isthmus oil grades. The cargo was for refiner GS Caltex Corp., which has joined other Asian processors in buying supply from the U.S. mainland after a 40-year ban on American oil exports was overturned.

Buyers in Asia-Pacific also benefit from this strategy because they can receive a blend of heavy crudes from Latin America and lighter varieties from the U.S. in a single shipment. The region will use 32.88 million barrels a day of oil this year, accounting for more than a third of global consumption, according to data from the International Energy Agency. Daily demand is forecast to expand to 33.7 million barrels in 2017.

“There has traditionally been a regular flow of vessels moving oil from the Arabian Gulf to the U.S., as producers such as Saudi Arabia and Kuwait have term contracts to supply refineries along the U.S. Gulf coast,” said Den Syahril, a Singapore-based analyst at industry consultant FGE. “This makes a ready pool of vessels available when exporting U.S crude either on its own or along with Latin American grades to Asia, while serving as a viable back-haul option for ship-owners.”

— With assistance by Sharon Cho, and Laura Hurst

(Updates Brent futures price in fourth-to-last paragraph.)
Published on November 24, 2016, 4:00 PM EST
Updated on November 25, 2016, 2:43 AM EST
Have a confidential tip for our reporters?
GET IN TOUCH
Before it's here, it's on the Bloomberg Terminal.
LEARN MORE