Yellen Can’t Hide the Struggle Inside the Fed 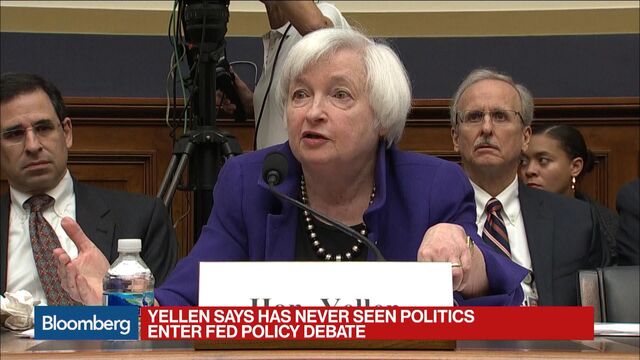 At the presidential debate on Sept. 26, Republican candidate Donald Trump accused Federal Reserve Chair Janet Yellen of inflating “a big, fat, ugly bubble” by keeping interest rates too low. Yellen couldn’t just shrug off the accusation, because only five days earlier three members of her own rate-setting group, the Federal Open Market Committee, had expressed the same idea in more delicate language. Loretta Mester, Esther George, and Eric Rosengren dissented from the FOMC decision to stand pat on rates, the committee announced, because they “preferred” to raise the federal funds rate a quarter percentage point at the meeting.

It isn’t easy running a central bank, especially during an election campaign, and even more so during this campaign, when there’s a deep division within the economics profession over whether U.S. interest rates are too low. As the uneven record of central banking goes to show, setting interest rates is a bewildering business. But exposing that bewilderment to the public makes the Fed seem ineffective, which renders it more vulnerable to attack from the likes of Trump, who said in the debate that the Fed “is being more political than Secretary Clinton” and is keeping rates low to help President Obama until he hits the golf courses in January.

The difficulty for Yellen is that although the Fed’s motivations aren’t political, its actions are inherently political in the sense that they affect the economy and thus create winners and losers. Keeping interest rates low helps incumbents by stimulating growth—but at the risk, some say, of generating unacceptably high inflation that would have to be quelled with high rates later. That’s what Trump was getting at in the debate when he said, “You’re going to see some very bad things happen.”

Raising rates now presents its own difficulties. It could disrupt financial markets, shaking confidence. The next meeting of the FOMC concludes on Nov. 2. As of Sept. 28, financial markets saw only a 17 percent chance that the Fed would raise rates on that date, vs. a 53 percent chance of raising rates on Dec. 14. Why the low expectations for November? One reason is that there’s no press conference scheduled then, and Yellen uses press conferences to explain rate moves. But another reason is that markets don’t seem to think the Fed will call attention to itself by hiking rates six days before the election. Of course, not hiking could itself be read as a political decision.

The point is that anything the Fed does or doesn’t do is viewed through a political filter, even though Yellen said after the Sept. 21 FOMC meeting that “we do not discuss politics at our meetings, and we do not take politics into account in our decisions.”

Close watchers of the Fed say Yellen is right that politics never comes up at FOMC meetings. Michael Gapen, chief U.S. economist at Barclays, says he doesn’t think the Fed would hesitate to raise rates on Nov. 2 if the time is right. “You have to go back to Arthur Burns,” who held office from 1970 to 1978, “to find a Fed chair who is deliberately goosing the economy to help an incumbent president,” says Michael Dorf, a professor at Cornell Law School.

Yellen is putting the best face on Fed dissent. She told reporters she thinks “it’s a very good thing that the FOMC is not a body that suffers from group-think.” It’s true that vigorous internal debate can produce smarter outcomes. But it’s not so good for her when the internal debate becomes external. On the hawkish side on Sept. 21 were three Reserve Bank presidents—Mester of Cleveland, George of Kansas City, and Rosengren of Boston. On the dovish side, three unnamed FOMC voters tugged in the opposite direction by indicating in the economic projection that they don’t think any hike is appropriate this year. Judging from recent speeches, two of them were probably Governors Lael Brainard and Daniel Tarullo. A third might have been Chicago Fed President Charles Evans.

“Modern central banking is all about communication,” says Barclays’s Gapen. “The committee prefers to communicate with a unified voice.” If the Fed is seen as directionless, he says, markets could “lose confidence in the institution itself.”

The deeper problem for the Fed is that its underregulation before the financial crisis and its overoptimism about the recovery have dulled its aura of expertise, says Robert Johnson, president of the Institute for New Economic Thinking. “The legitimacy of experts is just smashed. They’re viewed as marketing agents for power,” he says. The flailing that’s on display is not an easy problem to solve, because speaking with one voice would only hide the uncertainty of Fed voters, not resolve it. “I’m empathetic,” Johnson says. “They’re trying to control a system that’s uncontrollable.”

The bottom line: The Fed chief is facing political pressure from the outside while struggling to quell discord within. 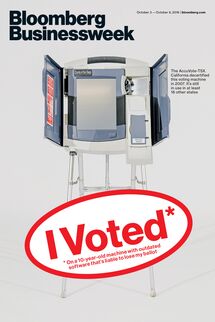