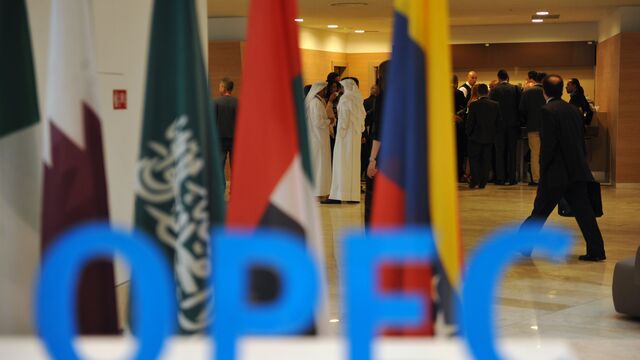 Saudi Arabia has ended its flirtation with free oil markets.

The decision at this week’s meeting of the Organization of Petroleum Exporting Countries in Algiers to cut production was necessitated by Saudi Arabia’s tattered finances. The kingdom has the highest budget deficit among the world’s 20 biggest economies, may delay its first international bond issue and now faces fresh legal uncertainty after the U.S. Congress voted Wednesday to allow Americans to sue the country for its involvement in 9/11.

The consequences could be vast. Giants such as Exxon Mobil Corp. may soon be flush enough to revive abandoned projects. Finances of cash-strapped OPEC countries like Venezuela will get a boost. Russia and other independent oil-rich countries will have to decide whether to follow Saudi Arabia’s lead. U.S. shale producers, which OPEC hoped it could push into bankruptcy, will use higher prices to drill new wells, and American consumers, who’ve enjoyed the lowest gasoline prices in more than a decade, will pay more at the pump.

Just months ago, Al-Falih’s predecessor, Ali Al-Naimi, proclaimed it didn’t matter whether oil prices went “down to $20, $40, $50, $60 a barrel -- it is irrelevant.” Al-Falih now says prices, hovering under $50 a barrel, need to rise to encourage long-term investment.

In 2014, when Saudi Arabia led OPEC’s pump-at-will policy, Riyadh calculated that if it reduced output, prices wouldn’t rise enough to compensate. This time is different.

“Saudi Arabia is betting that a small cut will pay for itself through higher oil prices and hence higher revenues,” said Jamie Webster, a fellow at the Center on Global Energy Policy at Columbia University in New York.

It’s not as if the pump-at-will policy hasn’t had its moments. Saudi Arabia has achieved some of its objectives. Low prices tossed water on the U.S. oil boom, and energy companies have cut as much as $1 trillion in new projects, creating a possible supply hole in the next decade. The kingdom has also scared investors who are now more likely to think twice before plunging money into risky oil ventures. And from the U.S. to China, sales of gas-guzzling cars have soared, bolstering demand.

For all the justifications, the last two years haven’t panned out as Riyadh thought they would. At home, the kingdom has burned through more than $150 billion of foreign-exchange reserves, government contractors have gone unpaid, and this week the king announced unprecedented pay cuts for civil servants.

Saudi Arabia will suffer a fiscal deficit equal to 13.5 percent of gross domestic product this year, the International Monetary Fund estimates. When it comes to economic growth, Saudi Arabia is slowing sharply to about 1 percent this year while Iran, its nearby rival, is accelerating toward 4 percent.

The pump-at-will policy brought chaos to the oil industry as prices tumbled from $100 a barrel to a 12-year low of less than $30. Companies tightened their belts, canceled projects and sold assets. But they kept pumping.

That may continue even as the Saudis advocate a reversal. Producers who fell in love with drilling projects approved during the boom years of plus-$100 a barrel have kept production humming from the Gulf of Mexico to Brazil.

Mark Mobius, the influential emerging markets investor at Franklin Templeton, said that Riyadh probably concluded its two-year policy of trying "to destroy the shale industry" was "not working."

Iran will be exempt from capping production, a major concession by Saudi Arabia. Many of the details remain to be worked out and the group won’t decide on targets for each country until its next meeting at the end of November.

Goldman Sachs Group Inc. said the deal to cut output could add as much as $10 a barrel to oil prices, though it remains skeptical along with other banks on how the accord will be implemented. Brent crude lost 18 cents to $48.51 a barrel at 12:54 p.m. in London on Thursday after surging 5.9 percent Wednesday, the most since April.

Just as Saudi Arabia agreed to pare output, the world’s most expensive oil field -- the $50 billion Kashagan in Kazakhstan -- is about to go online. The project, nearly a decade in the making, will add thousands of barrels of additional production in 2017 to an already oversupplied market.

Russia, too, has kept the pumping party going. As OPEC was meeting in Algiers, Moscow announced that the country’s output smashed a post-Soviet record in September, reaching 11.1 million barrels a day. That’s up about 400,000 barrels from August, roughly what OPEC member Ecuador produces.

Mexico, Norway and other non-OPEC countries may join Russia in pushing forward. So may U.S. shale drillers. Stephen Schork, president of consulting firm Schork Group Inc. in Villanova, Pennsylvania, said he was surprised by the OPEC decision -- and skeptical that Saudi Arabia can get other producers to cooperate.

Watch Next: Why Oil Demand Needs to Re-Emerge to Get Market Moving

“There will still be too much oil on the market,” Schork said.

(Updates with investor comments in 14th paragraph.)
Published on September 28, 2016, 7:41 PM EDT
Updated on September 29, 2016, 7:56 AM EDT
Have a confidential tip for our reporters?
GET IN TOUCH
Before it's here, it's on the Bloomberg Terminal.
LEARN MORE