A Beginner's Guide to Pokemon GO

A Beginner's Guide to Pokemon GO 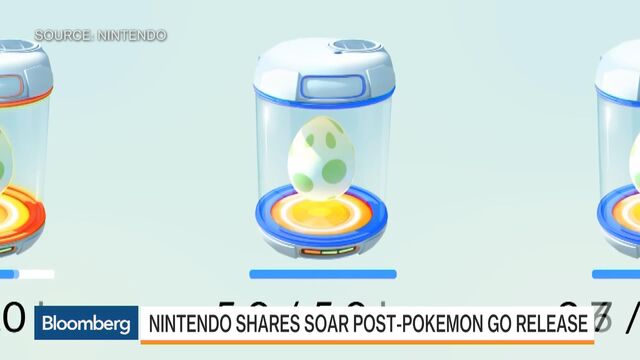 Pokemon Go Proves to Be Blockbuster for Nintendo

Depending on whom you ask, Pokemon Go is either a revolutionary smartphone experience or potentially lethal fad. Either way, here's an overview of the app that has soared to the top of download charts and added $7 billion in market value to Nintendo Co.

What Is Pokemon GO and How Do I Join?

While the new game released last week for iOS and Android swept the U.S., Australia and New Zealand, it's not yet available elsewhere. It follows the basic premise of Pokemon, a Japanese videogame and anime series where adventurers travel the world seeking "pocket monsters" to train and battle with each other. The app allows users to wander their neighborhood in search of Pokemon characters who pop-up as if in real life (i.e. on your phone).

How Does It Work?

After downloading the app and creating a character, users see an anime-like version of Google Maps that hides street and area names, and replaces real-life landmarks with Pokemon-specific buildings. As users navigate the real world, their in-game character mirrors their movements and will randomly encounter Pokemon characters which, with luck, they'll be able to capture and add to their team.

So What's So Fun?

Besides the appeal of collecting hundreds of varieties of rare Pokemon -- which can be thought of as virtual pets which users must train and take care of -- players also join one of three global teams and battle for territory. Beyond the digital appeal, users say they enjoy how the app encourages them to explore their towns and cities and interact with others. For example, two women in New Zealand rented a kayak to claim territory in the middle of Wellington's bay.

Yeah, we kayaked out to the fountain to claim this gym for #teamblue #pokemongo pic.twitter.com/vKyWMK4bsN

What's the Point of Collecting Pokemon?

As users acquire and strengthen more Pokemon, they use them to battle other players for control of Pokemon Gyms, which are scattered throughout the world. Not only do users enjoy building teams of strong or unique Pokemon, but each user is assigned to one of three teams -- Team Instinct, Mystic or Valor -- and claiming a Gym strengthens the global ranking of each team.

Does It Cost Money?

The game is free, but users can buy items in the app instead of through real-life experiences. For example, traveling to a PokeStop within the game may allow the user to collect rare items. Alternatively, lazy players who don't want to search for a PokeStop can simply buy them.

Why Is Nintendo Now Worth $7 Billion More Than Last Week?

Nintendo owns an undisclosed part of Niantic Inc., the San Francisco-based developer of the game. Investors are betting that the game's chart-topping debut will mean millions of users will buy virtual items and businesses will pay money to advertise in the game. Pokemon Co., which is a separate company from Nintendo, also owns a stake in Niantic, as does Google Inc.

Pokemon Go has added almost $8 BILLION to Nintendo's value. That's like the entire worth of Supercell pic.twitter.com/3GOU1z60qR

So This Is Dangerous?

Wandering through public spaces while glued to your smartphone is asking for trouble. A late-night hunt for Pokemons in Missouri led some players into a trap set up by armed robbers, local media reported. Meanwhile, U.S. highway authorities have told gamers not to drive while playing with the warning “Eyes up, Poké Balls down, people,” on its official Twitter feed.

Eyes up, PokÃƒÂ© Balls down, people.