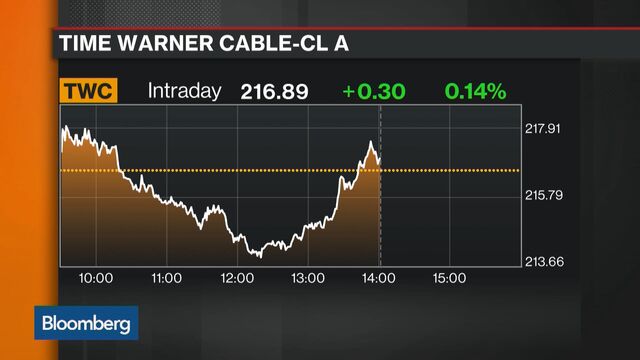 “We look forward to closing these transactions next week,” Charter Chief Executive Officer Tom Rutledge said in an e-mailed statement. “We are pleased to have now obtained all approvals.”

Stamford, Connecticut-based Charter will need to provide broadband to more customers and offer higher speeds, the California Public Utilities Commission said as it approved the merger during a meeting in the state capital of Sacramento.

The deal will give Charter new subscribers in cities including New York, Los Angeles and Dallas. The company will serve about 24 million customers, compared with 28 million for Philadelphia-based Comcast Corp.

When it approved the deal last week, the Federal Communications Commission set restrictions designed to prevent Charter from thwarting Web video companies that compete with the company’s cable channels.

Charter in 2015 agreed to acquire New York-based Time Warner Cable and Bright House Networks LLC, a cable provided based in Syracuse, New York, for $55.1 billion and $10.4 billion, respectively, according to prices at the time.