A Record Number of Investors Are Piling Into Oil

By
Mark Shenk
Updated on

A Record Number of Investors Are Piling Into Oil 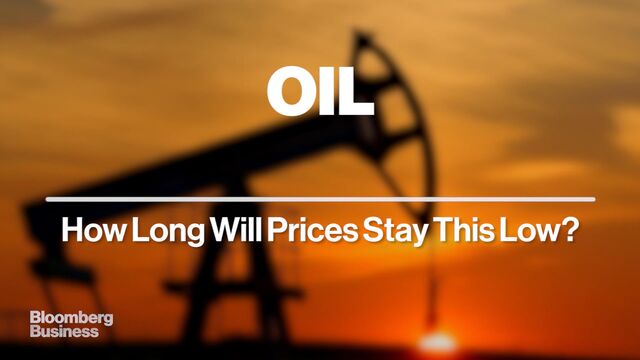 Money managers may not agree where oil prices are headed, but they are increasingly eager to place their bets.

Total wagers on the price of crude climbed to the highest since the U.S. Commodity Futures Trading Commission began tracking the data in 2006. Speculators’ combined short and long positions in West Texas Intermediate crude, the U.S. benchmark, rose to 497,280 futures and options contracts in the week ended Feb. 2.

WTI moved more than 1 percent each day in the past three weeks. U.S. crude stockpiles climbed to the highest level in more than 85 years and Venezuela called for cooperation between OPEC and other oil-exporting countries to stem the protracted drop in prices. The slump has slashed earnings from Royal Dutch Shell Plc to Chevron Corp., while Exxon Mobil Corp. reduced its drilling budget to a 10-year low.

“This is a reflection of a lot of conviction on both sides,” said John Kilduff, a partner at Again Capital LLC, a New York-based hedge fund that focuses on energy. “We’re seeing a battle royal between those who think a bottom has been put in and those who think we have lower to go.”

Six members of the Organization of Petroleum Exporting Countries and two non-members would be open to attending an extraordinary meeting, Venezuela said after Oil Minister Eulogio Del Pino held talks in Iran on Feb. 3. Del Pino traveled to Russia, Iran, Qatar and Saudi Arabia in an effort to gain support for a meeting that would address the drop in prices that’s devastated his country’s economy.

"These efforts to come to an agreement between OPEC and non-OPEC have boosted optimism that an end to the rout is near," said Michael Lynch, president of Strategic Energy & Economic Research in Winchester, Massachusetts. "The likelihood of success is slight, but any sign of action is eagerly awaited."

“There’s a difference of opinion about the direction of the market,” said Tim Evans, an energy analyst at Citi Futures Perspective in New York. “It looks like some of the high price levels offered an opening for shorts to get back into the market. The shorts were the winners on a net basis.”

The risks are weighted to the downside because of the global glut, Citi’s Evans said. U.S. crude stockpiles climbed 7.79 million barrels to 502.7 million in the week ended Jan. 29, the highest since 1930, according to the Energy Information Administration. Gasoline supplies expanded by 5.94 million barrels to 254.4 million, the highest in weekly records going back to 1990.

"The rise in U.S. inventories is confirmation of a larger physical supply surplus," Evans said. "Any commodity market where inventories are at the highest level in more than 85 years is going to be bearish."