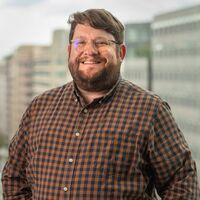 Dallas is a massive star, surrounded by rings of suburbs and exurbs. The largest ones are gravitational centers in their own right, like Mesquite or Garland, orbited by satellite communities. Beyond these inner planets are the outer exurbs, places like Duncanville and Allen, and many tiny pluturbs scattered along the farthest reaches of the metroplex. Waxahachie is something like Planet Nine, a proper suburb well outside the Dallas system.

Midlothian, Texas, which is near Waxahachie and not much else, is unremarkable within the larger constellation of Dallas communities. It is far from a national concern, for example, that the Midlothian City Council won’t support a pair of multifamily apartment projects because residents don’t want low-income housing in Midlothian.