Syrian Passport in Paris May Be Planted, German Minister Says

Syrian Passport in Paris May Be Planted, German Minister Says 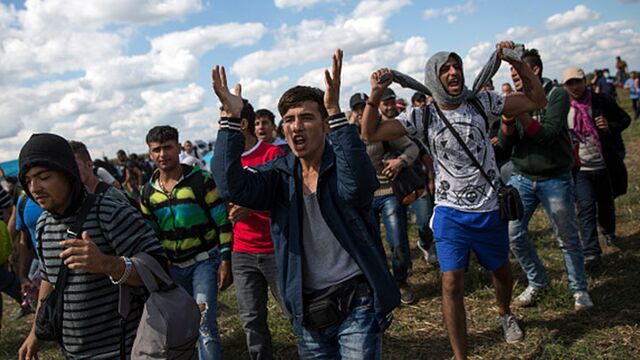 A Syrian passport found next to a suicide bomber in the Paris terror attacks may have been planted, German Interior Minister Thomas de Maiziere said.

Reports that the identity in the passport may have been registered in several countries along the so-called Balkan route raise the suspicion that it could be a deliberate attempt to implicate refugees and “make people feel unsafe,” de Maiziere said.

“There are indications that this was a planted lead, but it still can’t be ruled out that this was indeed an IS terrorist posing as a refugee,” he told reporters in Berlin on Tuesday, referring to Islamic State, which France blames for organizing the violence.

Any link between France’s worst terror attack since World War II and Europe’s refugee crisis would raise the stakes for Chancellor Angela Merkel as she defends her open-door policy for asylum seekers in Germany’s debate over immigration and security.

French prosecutors have said the remains of an assailant who attacked the Stade de France stadium during a soccer game between France and Germany matched the fingerprints of an individual registered by Greek authorities as an asylum seeker in October. Investigators were weighing the authenticity of the passport, made out to Ahmad Al Mohammad, 25, born in Idlib, Syria.

“It’s certainly unusual that such a person would have been faithfully registered in Greece and Serbia and Croatia, while we’re constantly pressing for registration and aren’t happy that it isn’t happening to the necessary extent,” de Maiziere said.